“I feel good about it as it shows that I am heard in the world, my stories are read and my message is understood,” Hassanzadeh told the Tehran Times.

“It also can make my people happy. After all the tragic events they have dealt with in the recent months, having Iran’s name for a cultural reason in the news is enjoyable and it makes me proud that I am the cause of this happiness,” he added.

In January, the International Board on Books for Young People (IBBY) announced that Hassanzadeh has received a nomination for the 2020 Hans Christian Andersen Award.

He is competing for the world’s most prestigious award for the creators of children’s and young adult’s literature with Maria Cristina Ramos from Argentina, Bart Moeyaert from Belgium, Marie-Aude Murail from France, Peter Svetina from Slovenia and Jacqueline Woodson from the U.S. The winner will be announced during a press conference at the Bologna International Children’s Book Fair on March 30.

“If I win the award, I just hope it wouldn’t be a distraction to my writing as it is now. I was in the middle of editing one of my novels and all of a sudden there was news of my nomination; it really disrupted the process of my writing,” Hassanzadeh mentioned. 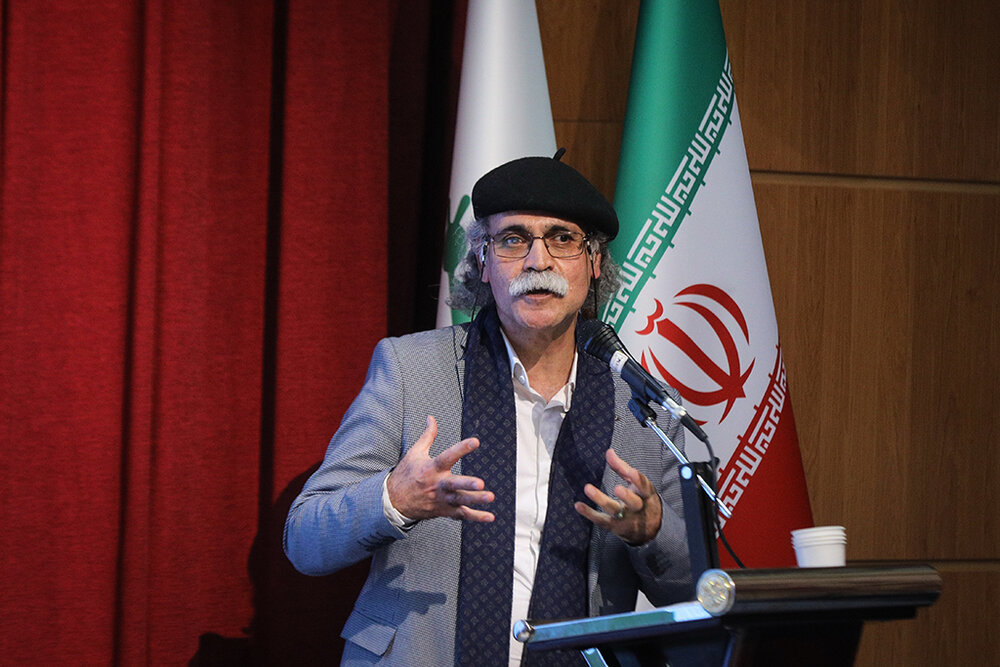 He also noted that winning the award could give him the motivation to write about issues such as wars and violence that have highly affected children’s life across the world.

“It will also make me review the long way I have come through from my childhood until now that I am known as a children’s author,” said Hassanzadeh who was born in the southern Iranian city of Abadan.

He and his family fled their homeland in 1980 when the Iran-Iraq war broke out. He started working and experiencing different jobs to earn a living. Although his life had become difficult, it gave him a variety of ideas and good material for his stories.

“After the war, when I had the peace of mind, I started telling my stories to my child, and then it came to my mind, why not write my stories down for all the children to read to share all the experiences I had and all the things I’ve been through,” Hassanzadeh noted.

He has authored over 80 books in various genres from comedy to tragedy, including “The Backyard”, “An Umbrella with White Butterflies”, “Kuti Kuti Stories”, “Watermelon with Love”, “Hasti”, “Snow and the Sun” and “Call Me Ziba”.

“I believe that advising children directly doesn’t work anymore. Of course, they need to learn lots of things, but they can learn them indirectly through stories, even the comedy stories are better in my view,” he said

“When I’m writing, I don’t think much about the moral of the story. I start writing and then the creativity finds its way,” he added.

Hassanzadeh’s books have been rendered into different languages, including English, Arabic, Turkish and Armenian so far.

“A lot of positive responses have come in from my readers from around the world on social media. I am content since it seems that they love my stories,” he mentioned.

“There is no end for writing in my opinion. I still have lots of ideas and plots for my stories waiting to be told, and a fountain of creativity; I will be writing until the day my mind quits working,” he concluded.

Photo: Farhad Hassanzadeh speaks during a ceremony the IIDCYA organized in Tehran on February 18, 2020, to introduce his latest book “A Careless Mouse”.
(IIDCYA/Mehran Riazi)