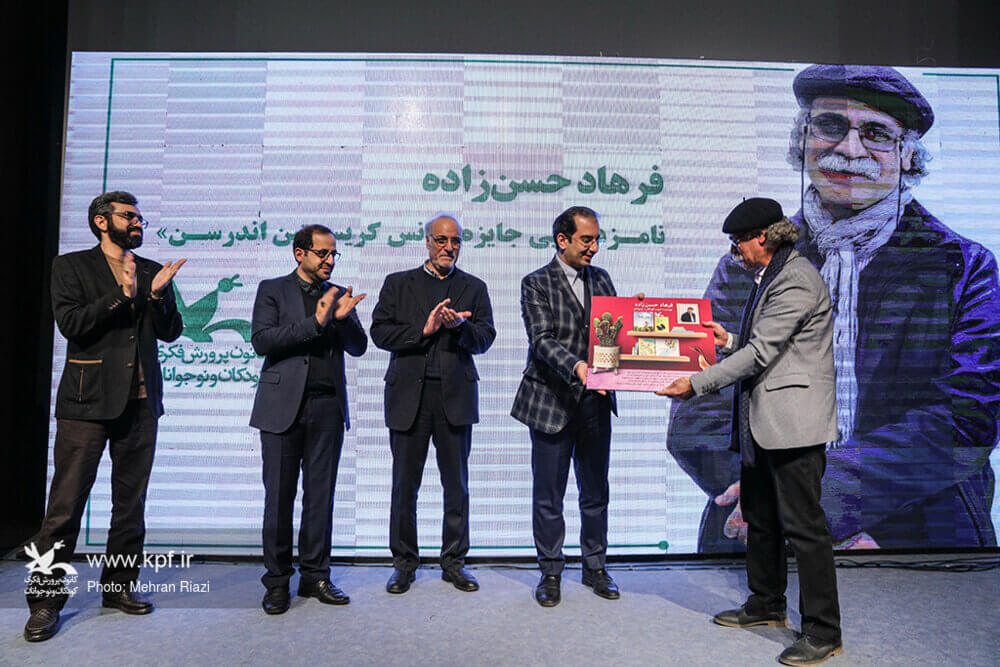 The book The Careless Mouse, published recently, was celebrated by the Institute for the Intellectual Development of Children and Young Adults, in honor of the author Farhad Hassanzade on February 18th, where a lot of authors and critics of children and young adult books attended.

Shokouh Hajnasrollah, a member of Children’s Book Council presented some details about introducing Farhad Hassanzade for Hans Christian Andersen Award. “Hassanzadeh has been working within children literature for a quarter-century, and his works of high quality have been reflected in 70 articles and 15 theses all over the country. He has been awarded nationally more than 30 times. His dynamic lifestyle has led to the creation of different literary forms and languages.” She remarked.

Thereafter, Fereidoun Amouzadeh Khalili, the head of the Iranian Association of Writers for Children and Youth talked about the features of Farhad Hassanzadeh’s works. “A feature of Hassanzadeh’s books is the creation of many brand new characters, who are accepted effortlessly by kids.” He claimed.

Shahram Eqbalzadeh, the next lecturer also claimed that Hassanzadeh has experienced war in his teens. “He does not write about pain and cruelty. He writes about war and poverty, bolding them to make society consider the damages caused by war. He writes about war to prevent it.”