Farhad Hasanzadeh, Has been nominated for 2023 Astrid Lindgern memorial award. 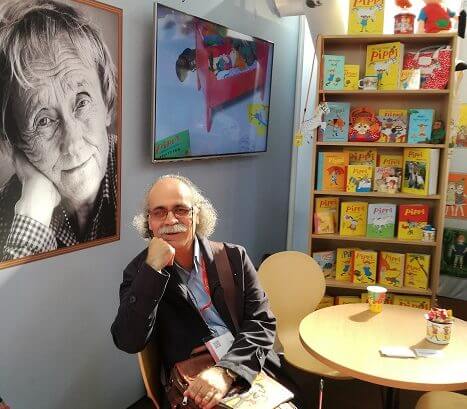 Farhad Hasanzadeh, Has been nominated for 2023 Astrid Lindgern memorial award.

The reasons for nominating Farhad Hasanzadeh in this statement are as follows:
Farhad Hasanzadeh is nominated for this award considering his four decades of writing for preschoolers, school-aged children and adolescents and creation of literary works that have been favored by audiences. He has won many national and international awards for his works and his nomination for the above award is because of the following activities:

Paying serious attention to creating attractive works for children and adolescents, considering varieties of styles and audiences, proposing new and up to date topics and themes in his stories, creating literary works in various styles of works like irony, active and effective participation in establishment of specialized institutions, teaching story writing and publication of a magazine that is totally run by children participating in his workshops, effective works in children and adolescents publications, Stressing on issues and problems of girls and modern women lives in society and today world and addressing  global  human values like peace, friendship and children’s rights, looking at war from different perspectives and also writing about environment  and conservation of endangered species. Therefore, according to the vote of majority of members in the final committee of nomination in Association of writers for children and adolescents, he has become the candidate for Astrid Lindgern (Alma) award of 2023 in writers’ section.
Farhad Hasanzadeh was nominated by authorized institutions in (2017,2018, 2019 and 2020) for this global award.
This award was established in 2002 in the name of Astrid Lindgern one of the most important writers of Sweden to promote interest in children and youth literature all over the world. This award is the number one international award in children and adolescents literature and the second literary award after Hans Christian Anderson award. It is awarded to writers, illustrators, storytellers, and promoters of book reading and it may be awarded to more than one person, regardless of language or nationality.  This award is given to people and organizations who protect democratic values in Saint Astrid Lindgern.