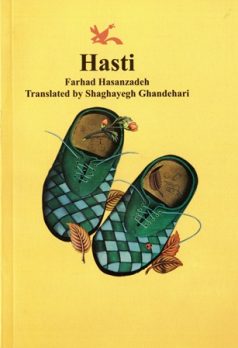 In this paper, we will read a summary of the article “Modern Iranian Female Identity in Farhad Hassanzadeh’s Hasti” written by Dr. Amir Ali Nojoumian and Fatemeh Ghaneh and published in the Journal of International Studies for Children Literature (14th volume, June 2021).[1] The Journal is one of the most respected Journals for the study of children’s literature in the international level, published by the Scottish University of Edinburgh, focusing on cultural and literary theories and study of children’s literature as universal literature, and it is the only dedicated journal in this field which is indexed on Thomson Reuters site as the ISI journal.

In the beginning, a brief history of women’s cultural and social conditions in Iran from the Qajar period has been presented to date. In this context, the efforts made by women to improve their conditions have been noted, particularly the efforts exerted on cultural and artistic issues and the role of literary and cinema works.

The second part of this paper deals with the “Today’s adolescent novel” project, which is one of the recent initiatives of Children and Adolescents Intellectual Development Center, and is formed to fill the gap in authorial literature for children and adolescents in Iran. It is important because th  protagonist of seven novels from the series is teenage girls, and some of them directly relate to the problems of girls in the Iranian society: Mozhdeh in “ when Mozhi was lost”[2], Darya in “Before Packing the Suitcase”[3], Negar in “The Clown”[4], Raha in “Even a Minute is Enough”[5], Samareh in “The Return of Herdad”[6], Shirin, her mother and her grandmother in “A Girl with a White Ribbon”[7] and finally Hasti in a novel of the same name written by Farhad Hassanzadeh. The emergence of such characters in the context of child and adolescent literature today defines a trend that consciously or unconsciously is shaping to form gender identity, an identity that is separated by gender stereotypes and demands new cultural conditions.

In the third part of the article, based on the method of critical analysis of the Norman Fairclough’s Critical discourse analysis, the novel is considered not only as a text but as a social action in the social and cultural space of Iran and has been analyzed in three levels: description, interpretation and explanation. At the level of description it refers to the lexical and grammatical code words that represent the approach to gender stereotypes. In the interpretation section, the process of receiving the novel in the Iranian discourse space has been paid today and the father as a representative of the traditionalist discourse and Hasti as a representative of the modernist discourse are analyzed. Finally, in the explanation section, these discourses are seen as a part of a social process that affected social structures and also influences them. Issues such as Hasti’s escape from home or mental and psychological violence which perpetrated by his father are an aspect of the larger issues that exist in the Iranian society and are considered in this chapter.

The resultant of the review of the novel in three levels of description, interpretation and explanation show that the novel “Hasti” can be considered as a social action to change the status of women in Iran.

Four New Books Based on a Folklore Story

Complete biography
Don’t be sad zebra
Login to فرهاد حسن‌زاده
Reset Password
Enter the username or e-mail you used in your profile. A password reset link will be sent to you by email.
روزی روزگاری