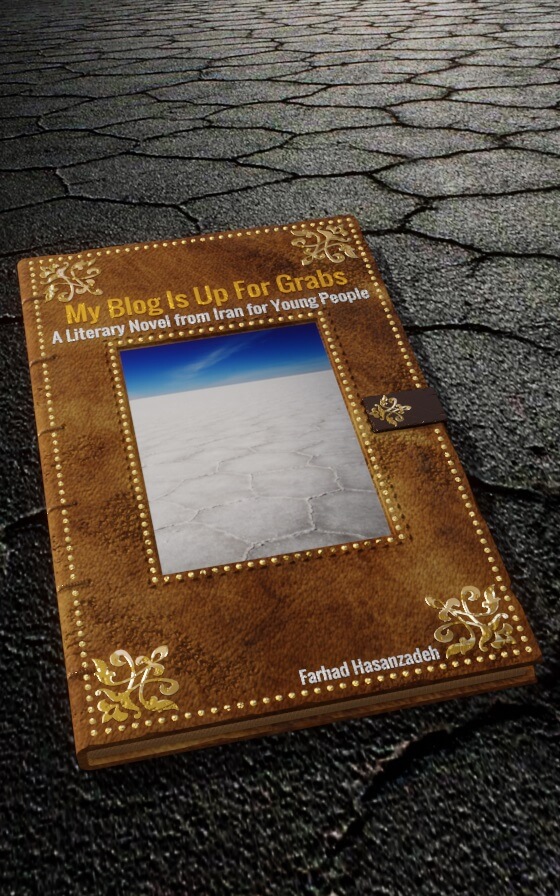 A Literary Novel from Iran for Young People

◊Translated from the Persian by: Constance Bobroff

“On both sides of the road were salt flats with a wall-to-wall carpet of salt. The whiteness of the salt irritated my eyes. I closed my eyes…”

A 16-year-old girl, Dorna, resident of the city of Abadan, Iran comes upon an old notebook. In it, she reads the story of how the War separated Mr. Ẕal from his boyhood crush all those years ago. She decides to post the story in installments on her blog. But this will not be just another cliché Iran-Iraq War story. Dorna is determined to make this weblog something altogether new. Unwilling to cave in to the demands of her blog-followers to hurry and skip to the end, she revels in the storytelling, allowing the past to catch up to the present. Meanwhile, the reader is treated to a behind-the-scenes adventure in the translation process with glimpses at issues concerning Persian language and literature in the digital realm.

Written by a prize-winning author, short-listed for the Hans Christian Andersen Award, the original book went into three printings in Iran. Ages 15 and up.